Hello Gigglelotbird readers it is now time for another Creepypasta horror story to add to my collection of my Goodnight Bedtime Stories. I actually enjoyed writing and drawing my first ghost story on My BlogVlog Adventures. I didn’t think I could do it but I did. Last time I tried writing about a creepy ghost story I could feel my little hairs stand up on end at the back of my hands and neck. So I quit. But that was a long time ago. Something to laugh about I guess. They are just stories to tell to frighten or teach an important lesson or maybe both. It really gives you something to think about.

I just hope that anyone who visits my site and encounters these stories will enjoy reading them as much as I enjoyed writing them. Unfortunately there won’t be any cartoon drawings like I did on my first ghost story, The Promise She Made. If you haven’t read that story yet please do so. You won’t regret it. However; getting off the track here I will be adding pictures and maybe a video to this story. Now grab your favorite blanket, sit back and relax and get comfortable. Don’t forget your favorite drink and snacks and get ready to be scared. Let your imagination take control of you, your mind, body and soul.

This true story was told to me by my sister. This story took place years ago before my nephew Tres was born. I will try to tell it the way my sister told me and so here it goes. Enjoy.

My sister Belen and my brother in-law James always and still do to this day, love to run. Every afternoon after work they would head out to Memorial Park here in Houston, to do their daily excercise by doing their daily run. Now according to my sister if you’ve ever been to Memorial Park it is a very wooded place. They would run down the trail that took them around a wooded area. They did this almost everyday non-stop. Well one day as they were running as usual on the same trail at Memorial Park, my sister said that she and James could smell something rotting near by. So they thought that maybe it was a dead animal. So after that they thought nothing else about it. They just continued to concentrate on their regular routine.

My sister, Belen went on to say that for the next two weeks as they continued to run down the same trail that went all the way around. She said the smell that suddenly came out of nowhere was getting worse and worse as the days went by. It was always in the same area each time they passed as they ran. My sister, Belen said that it didn’t smell like any dead animal. And if you ever did smell one before it wasn’t that kind of smell. She said that the smell was more like it could have been human. James thought the same too. He felt that it wasn’t animal more like something else. Rotting human flesh, also the smell was getting to intense to be around. So my brother-in-law James suggested to my sister, Belen to go run at Herman Park near downtown in Houston. And according to my sister that’s where they went.

My sister, Belen said that two weeks later while she and her husband James were watching the late night news. The anchor news reporter said that a couple of joggers had been running at the Memorial Park and in the same trail as my sister Belen and James had been running before a few weeks ago. One of the joggers went to investigate to see what or where the smell was coming from. The news reporter went on to say that the joggers found a dead body of a man in his late 50s. My sister also said, that the news reports stated that it was a possibility that he was murdered elsewhere and dumped at the park. What a sad ending for the poor guy.

All this took place at about the same time my sister, Belen and my brother-in-law James had been running on the same trail at Memorial Park. After that my sister, Belen and James have never gone back to Memorial Park. So to this day they go to Herman Park now. Coincidence or not, my sister and my brother-in-law weren’t exactly sure if it was the same area but I’d like to think that it was. Besides it makes a better Creepy encounter of the closest kind if you ask me.

Well that’s about it. It wasn’t that scary or paranormal, but as I’ve mentioned above it is a life’s lesson to be learned I guess. And I still consider it to be scary because you never know who placed the body there in the first place or maybe the killer was probably still around. You just never know. I guess life’s lesson is don’t go investigating on your own as the joggers did. Just call the police. I probably would have done the same as my sister and James did and gone somewhere else to run.

Have a great weekend. From my family to yours goodbye and God bless.

1 thought on “Running On Fear Street” 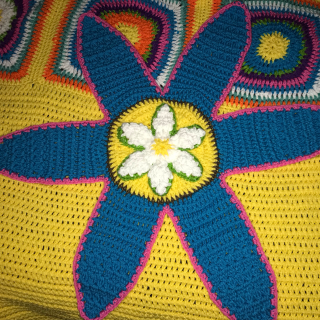